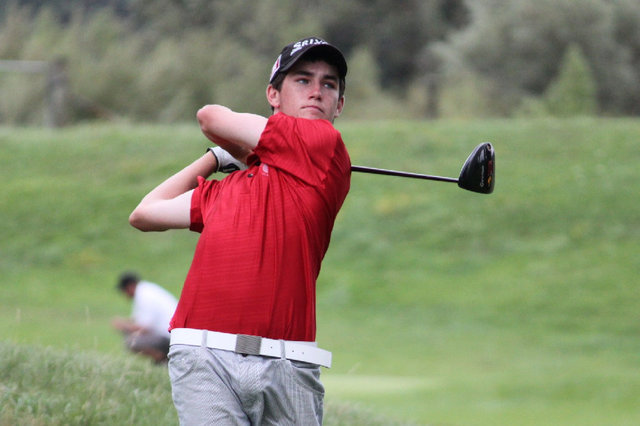 2003 - Age 8
* National left-handed tournament.
(Youngest leftie to have played in this)
* Selected for Manawatu-Wanganui age 10-14 development squad.
* First 'under par' round of golf. 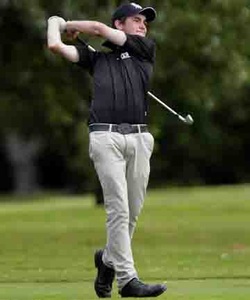 Levin teenager Tyler Hodge survived a magnificent fight back from his closest challenger in a thrilling finale to the Australian boys' amateur golf championship today to earn a start in this year's Australian Open.

Hodge led Viraat Badhwar by a staggering 11 shots with one round remaining at the Bribie Island GC but the Australian whittled away at the advantage remorselessly until he prevailed by a solitary stroke.

"I'm feeling a fair bit of relief at the moment," Hodge admitted.

Badhwar constructed the round of the tournament, a 7-under 65, but his only blemish - a bogey on the last - enabled Hodge to cling on by the slenderest of margins.

At the midway point of the championship Hodge had a five shot buffer over Badhwar, the opening round leader, and expanded the advantage to double digits after the first of two rounds scheduled for the final day.

However, Badhwar refused to concede defeat and while he racked up seven birdies Hodge lost impetus, and almost his ticket to Sydney's The Lakes course in December, with a 3-over 75.

He was solid rather than spectacular over the final 18 holes.

"When Viraat was playing the way he was, I just had to focus on my game but it's not that easy when your playing partner is on a run like that," he said.

Hodge fashioned a four round total of 283, 5-under the card; Badhwar has to settle for second place - a shot clear of Australians Lucas Herbert, Ricky Kato and Mitchell Venables, the other big improvers on a strenuous final day.

Compton Pikari, the other New Zealander to make the cut, finished in a tie for seventh on 290 after rounds of 71 and 73. 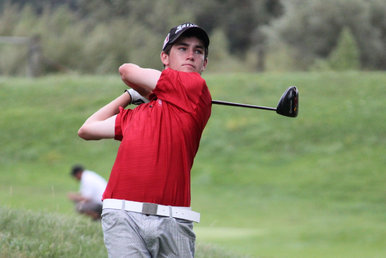 The Kapi Tareha Memorial 72-Hole Tournament which is also a Lower North Island Order of Merit tournament, was held at Napier Golf Club on 4-5 August, 2012.

Quote from Hawkes Bay Today.
...In the men's competition, there was no parity between winner Tyler Hodge and runner-up Tony Russo of Featherston. The Levin amateur claimed his maiden Kapi Tareha title in his fourth attempt, carding 280 (70,72,70,68) off the stick. The plus-three golfer from the Srixon New Zealand Development squad, who had a top-10 finish last year, was confident in his ability.

"This is my third one in three weeks'', the youngster said, after winning the Horowhenua Open last week by two shots before winning the Waikato Winter Strokeplay Tournament the week before.
"I set a tournament record of 14-under in Waikato so it was good,'' said the left-hander who became the youngest player at the 37th Sir Bob Charles Lefties Tournament at Lansdown, Masterton as a 9-year-old in 2003.